Best Places To Visit In Paris 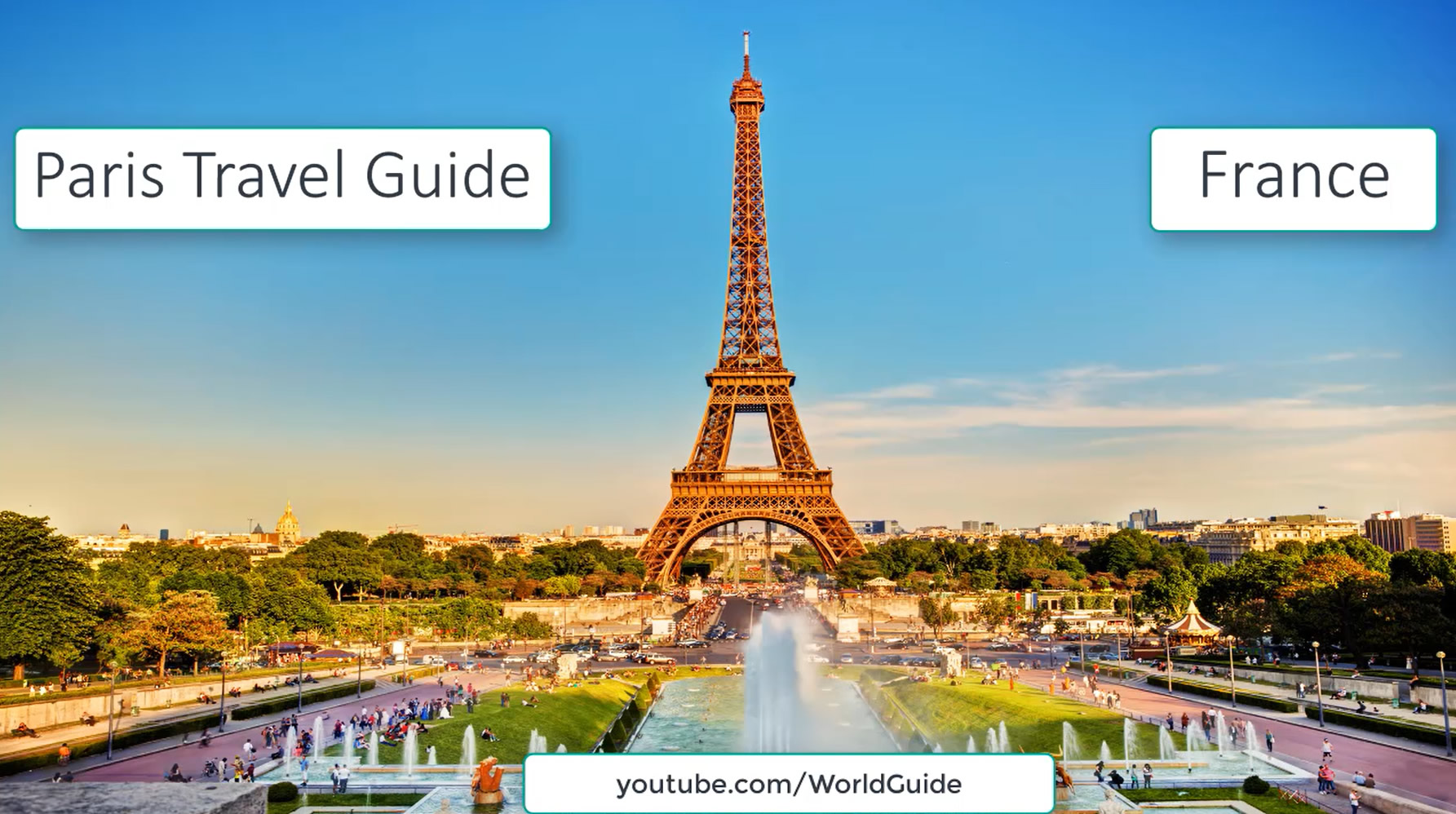 What is the 10 most Popular Site in Paris - Youtube Video

Paris metro was opened in 1900, serves 5.23 million passengers daily, and is the second busiest metro system in Europe after Moscow Metro.

Paris is known for its museums and architectural landmarks: the Louvre was the most visited art museum in the world in 2017, with 8.1 million visitors.

10 Best Places To Visit In Paris 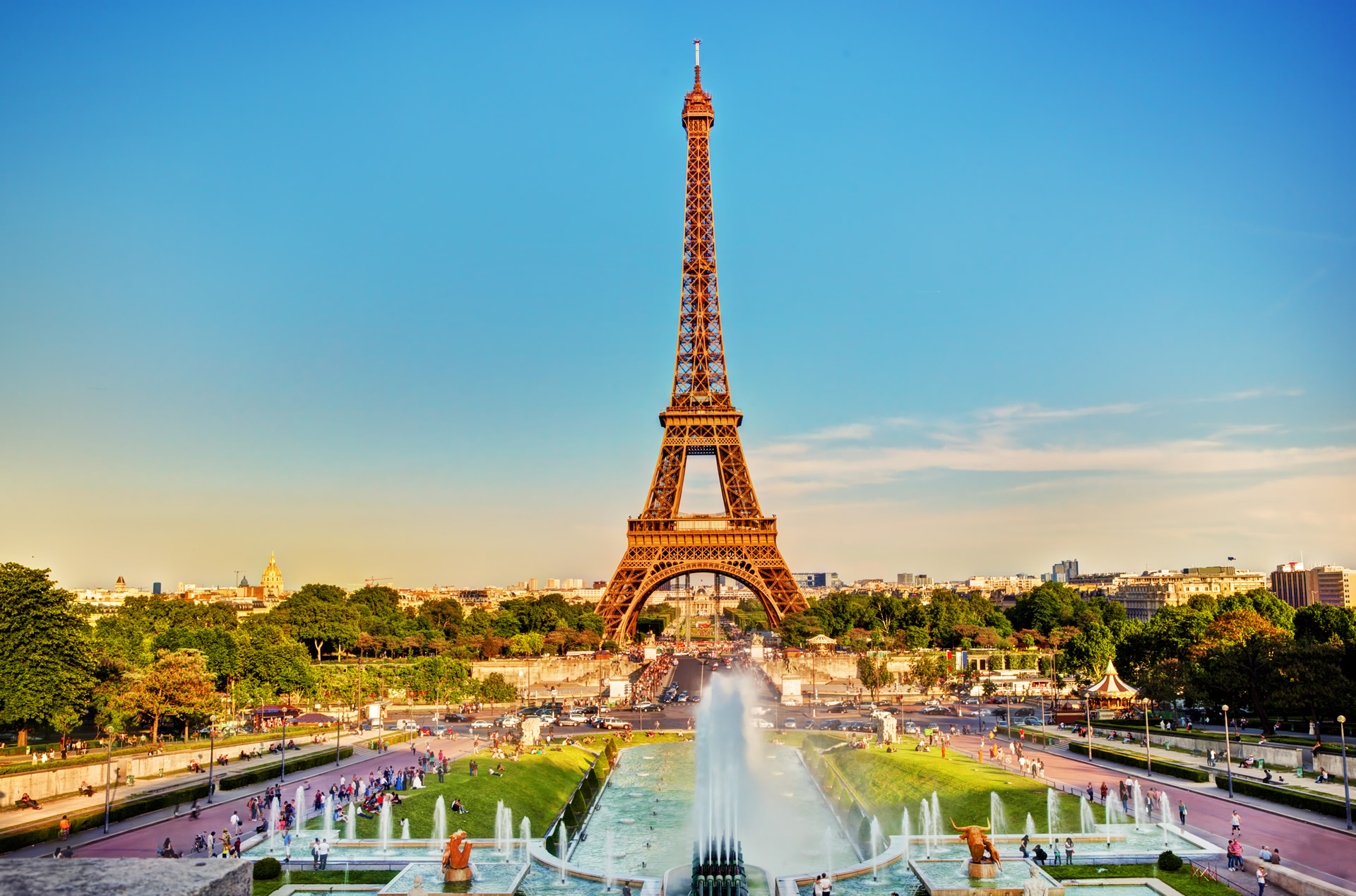 Eiffel Tower was built by Gustave Eiffel to commemorate the centenary of the French Revolution, it is presented at the Exposition Universelle in Paris in 1889. 324 meters high, it is one of the most visited monuments in the world with nearly 7 million visitors a year. 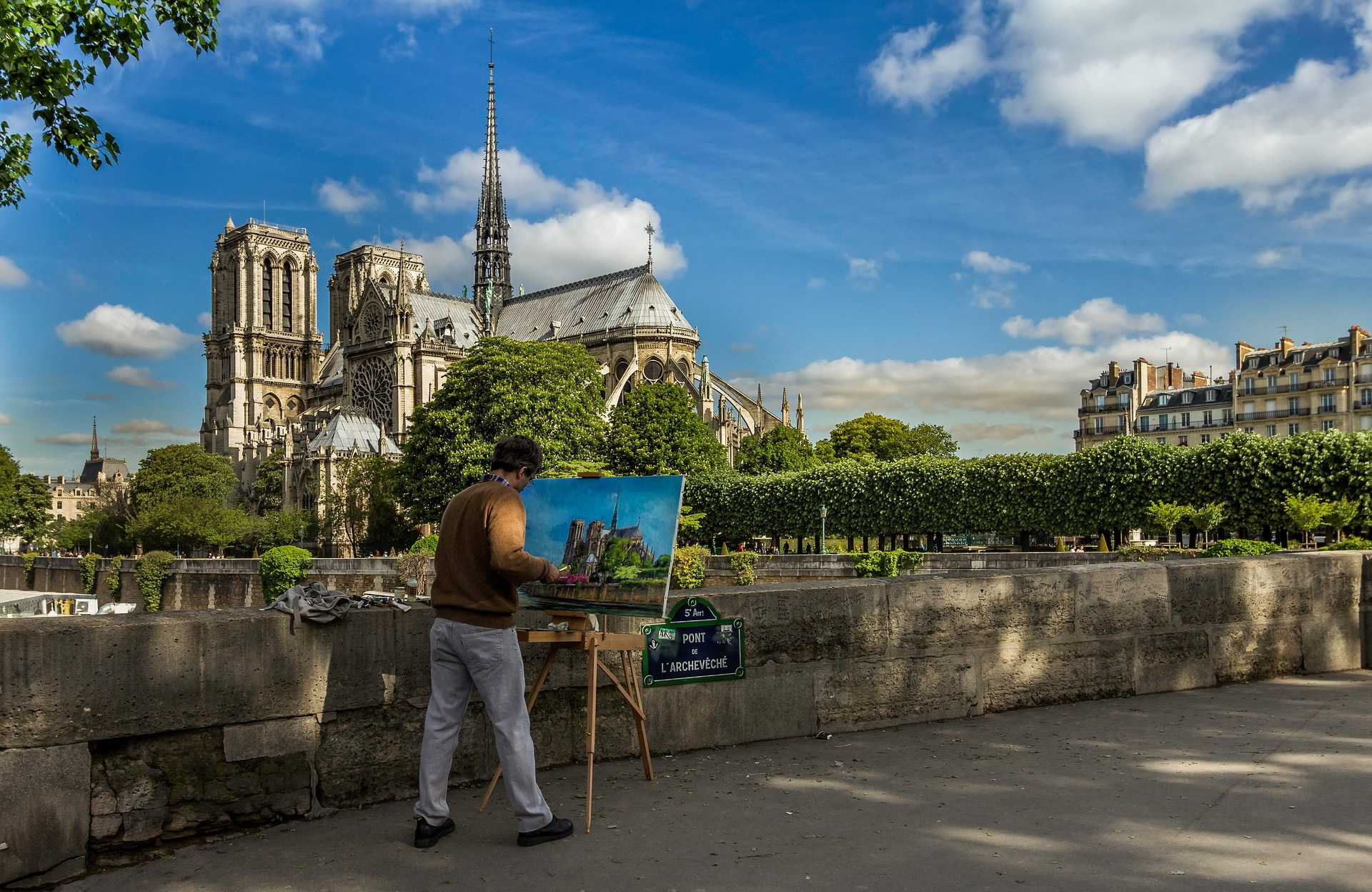 Notre-Dame de Paris, also known as Notre Dame, a Roman Catholic cathedral is located on the eastern half of the Ile de la Cité. It is widely considered one of the finest examples of French Gothic architecture in France and Europe. Begun in 1163 and completed in 1345. 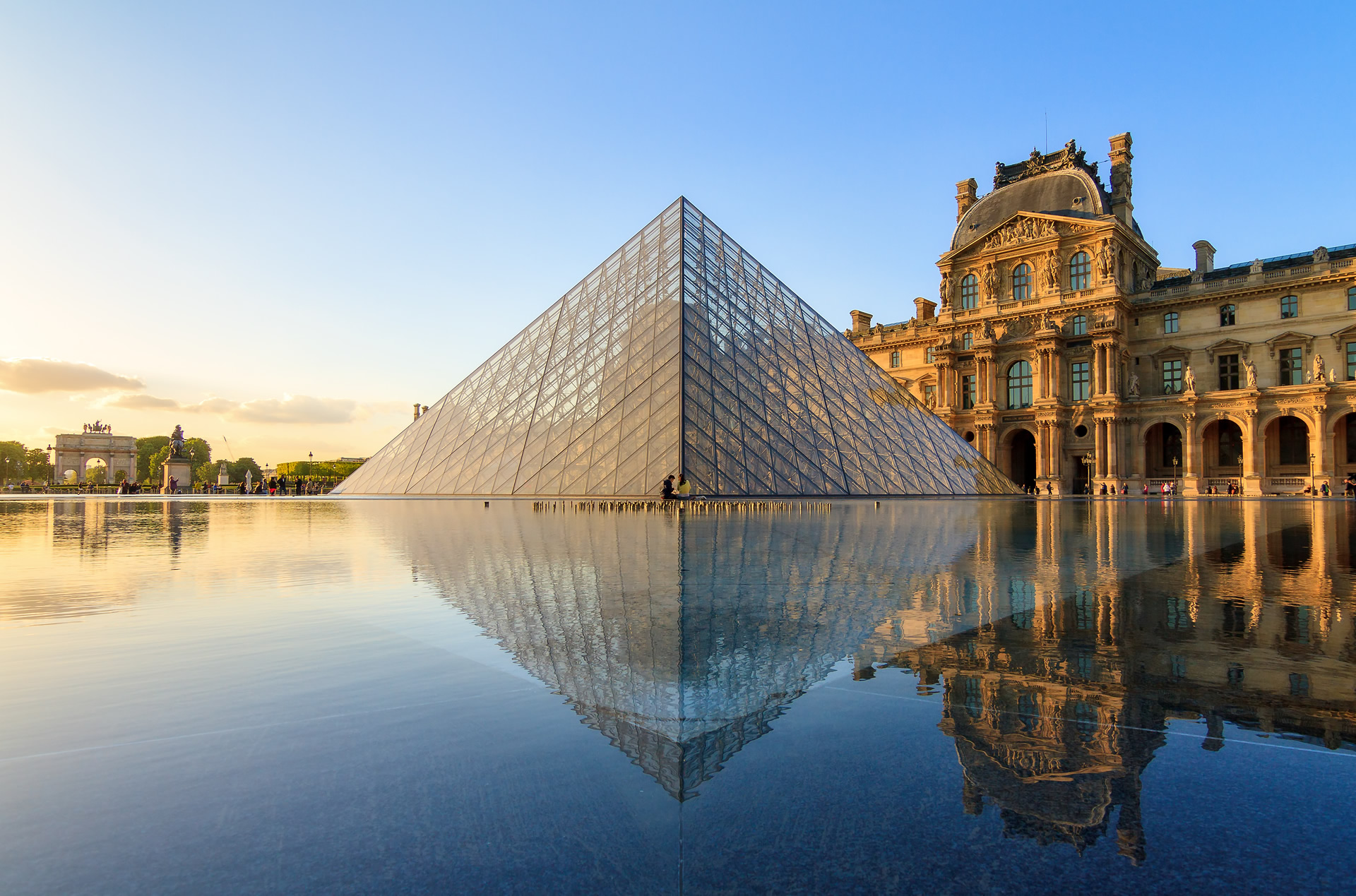 The Louvre is the most visited art museum in the world. Located in the heart of Paris, this historic building is a former royal palace, with an area of 210,000 square meters including 60,600 for the exhibitions. The collection is divided into eight departments: 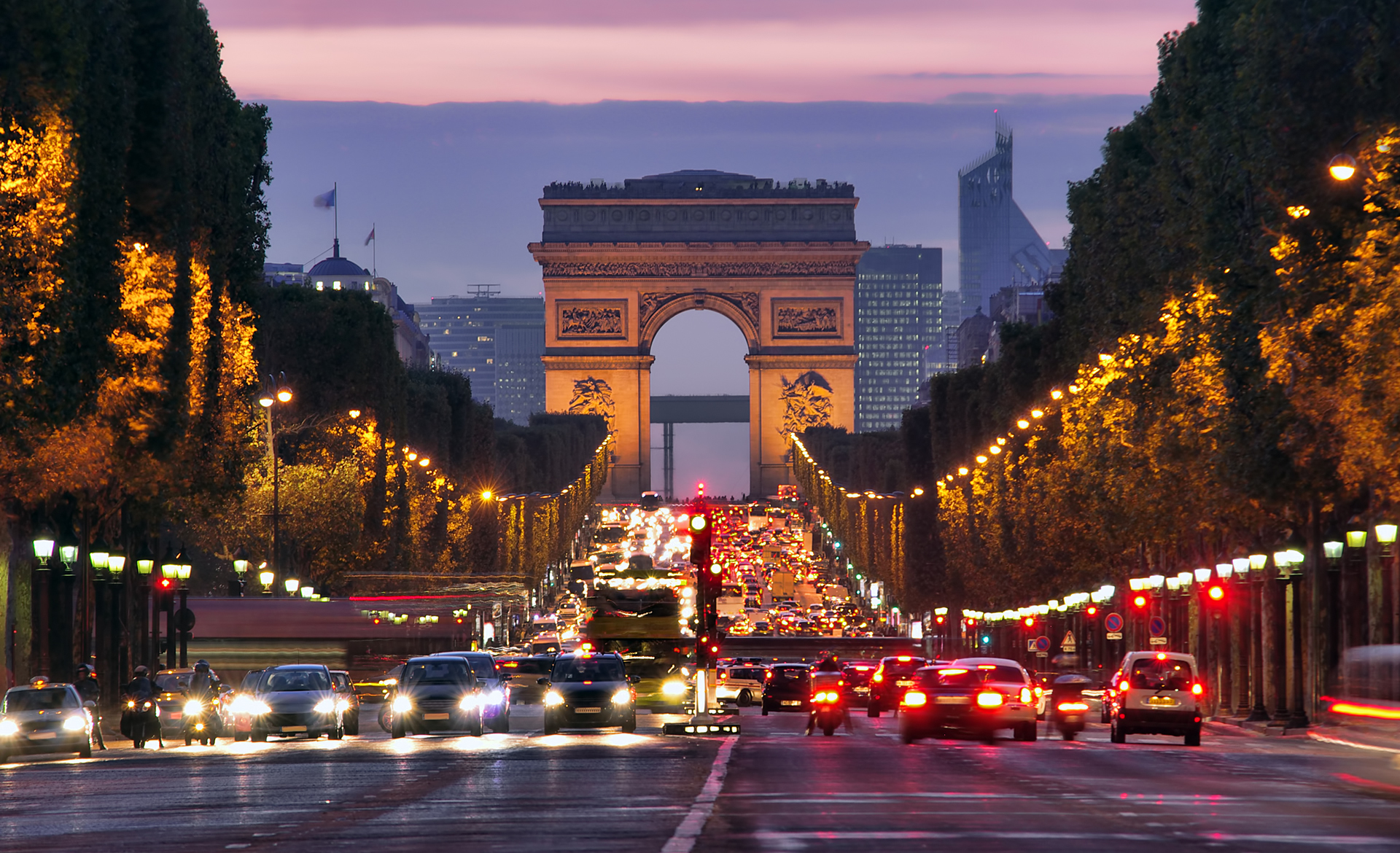 Under the spell of ancient Roman architecture, Napoleon commissioned Jean Chalgrin the design of a triumphal arch dedicated to the glory of imperial armies. Built in the 19th century, it is the largest monument of its kind in the world. Impressive sculptures adorn its pillars. In addition, the names of 558 generals and the great victories are engraved on the top of the arc. Under the Arc de Triomphe is the Tomb of the Unknown Soldier of France.

5. Cruise on the Seine 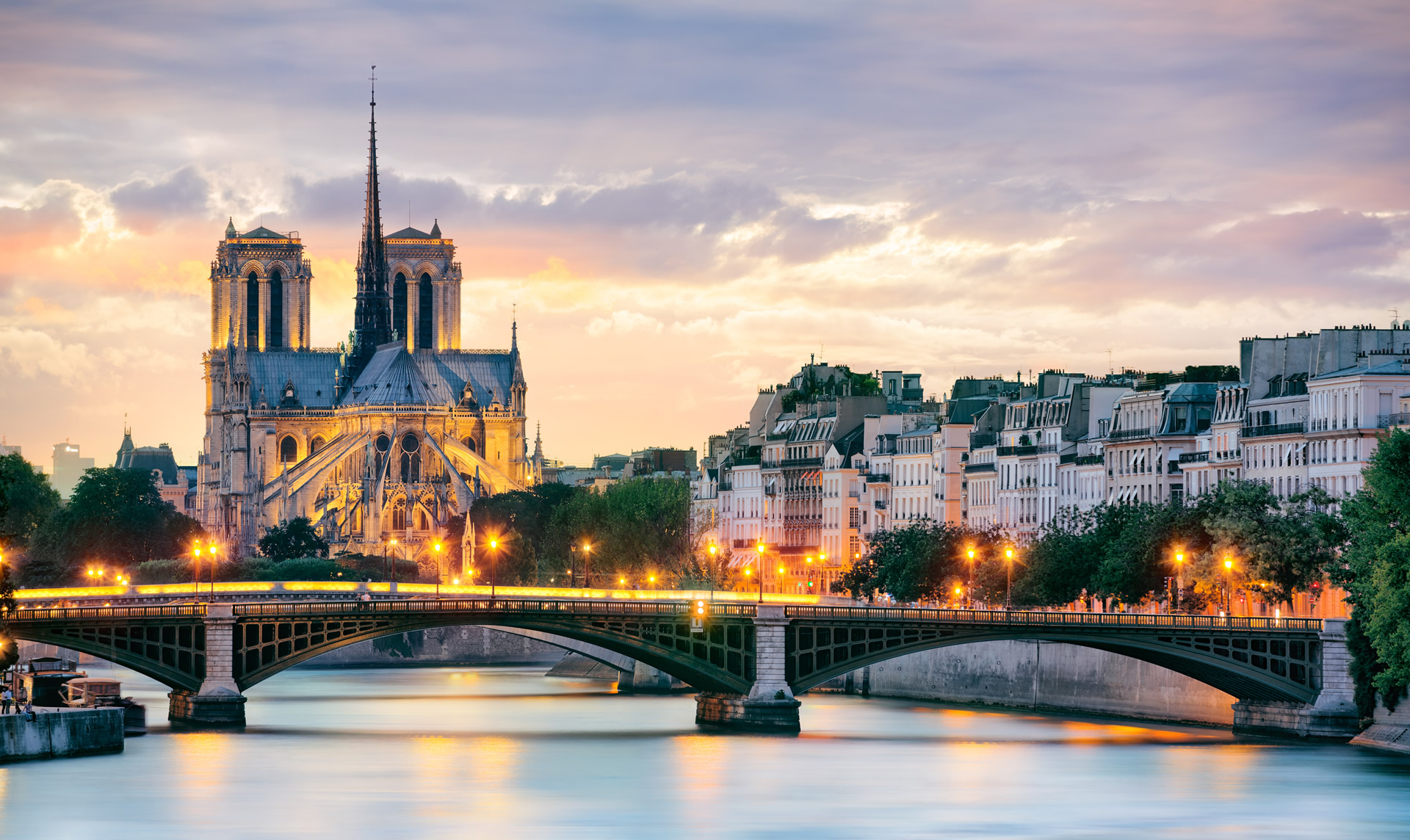 Find the best way to visit the "City of Light" enjoying a cruise on the Seine, especially at night. When the sun sets, the monuments are lit slowly. You get a panoramic view to the forefront so you can enjoy the beauty of Paris: Eiffel Tower, Notre Dame, Pont Alexandre III and many more. 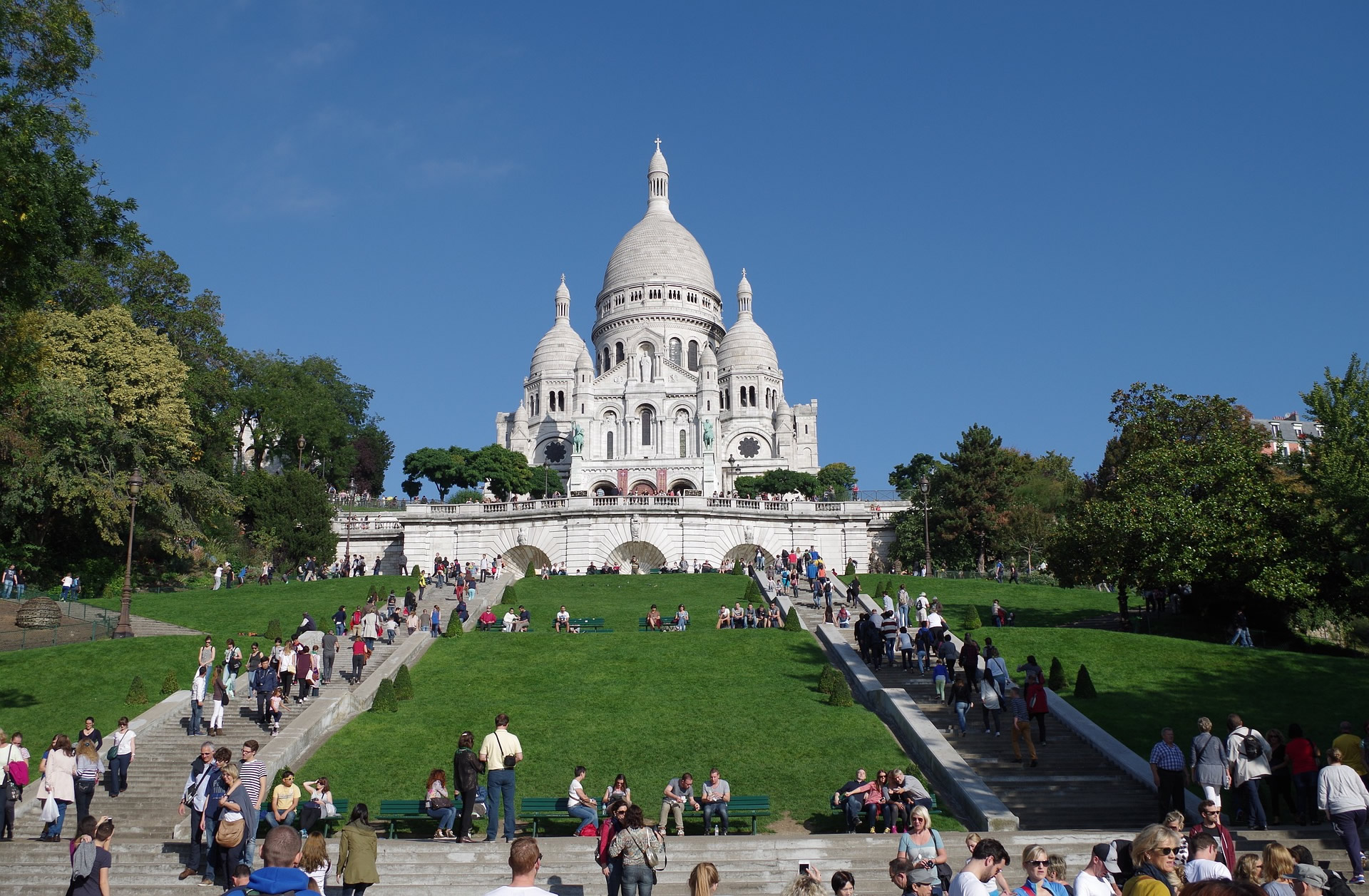 Montmartre is a hill located in the north of Paris, 130 meters high, having its name to the surrounding neighborhood. It is best known for the white-domed Basilica of the Sacred Heart, at the top. It was completed in 1919 and honors the French victims of the Franco-Prussian war of 1870. 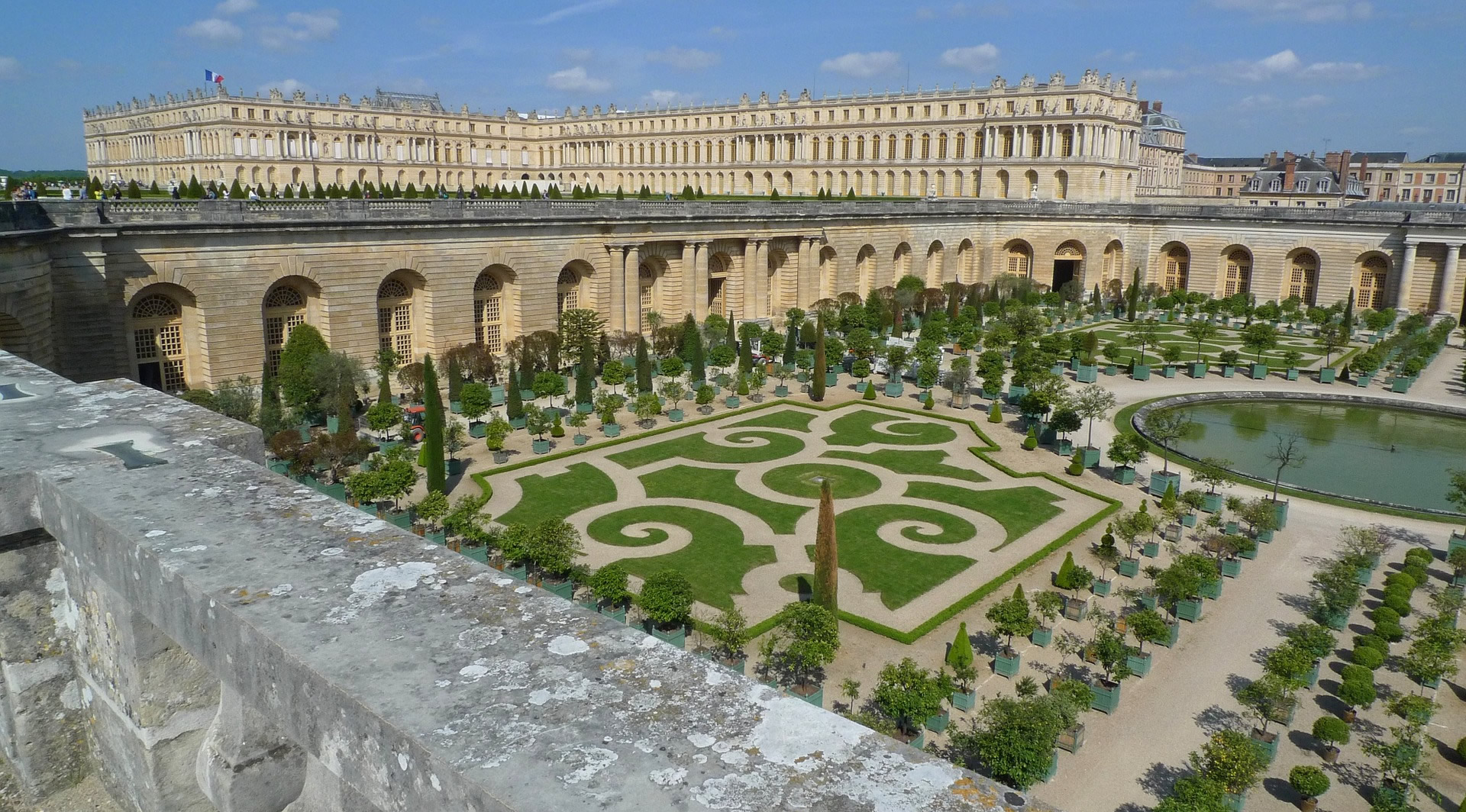 The Château de Versailles is the most famous castle in France. Built in the 17th century as a symbol of military power of France and as a demonstration of French supremacy in Europe, Versailles was the seat of political power in the Kingdom of France from 1682 to 1789. This huge complex of buildings, gardens and terraces is definitely a must for any visitor who will be captivated by exceptional accommodations, lavish decorations, furniture and gilded works of Renaissance art. 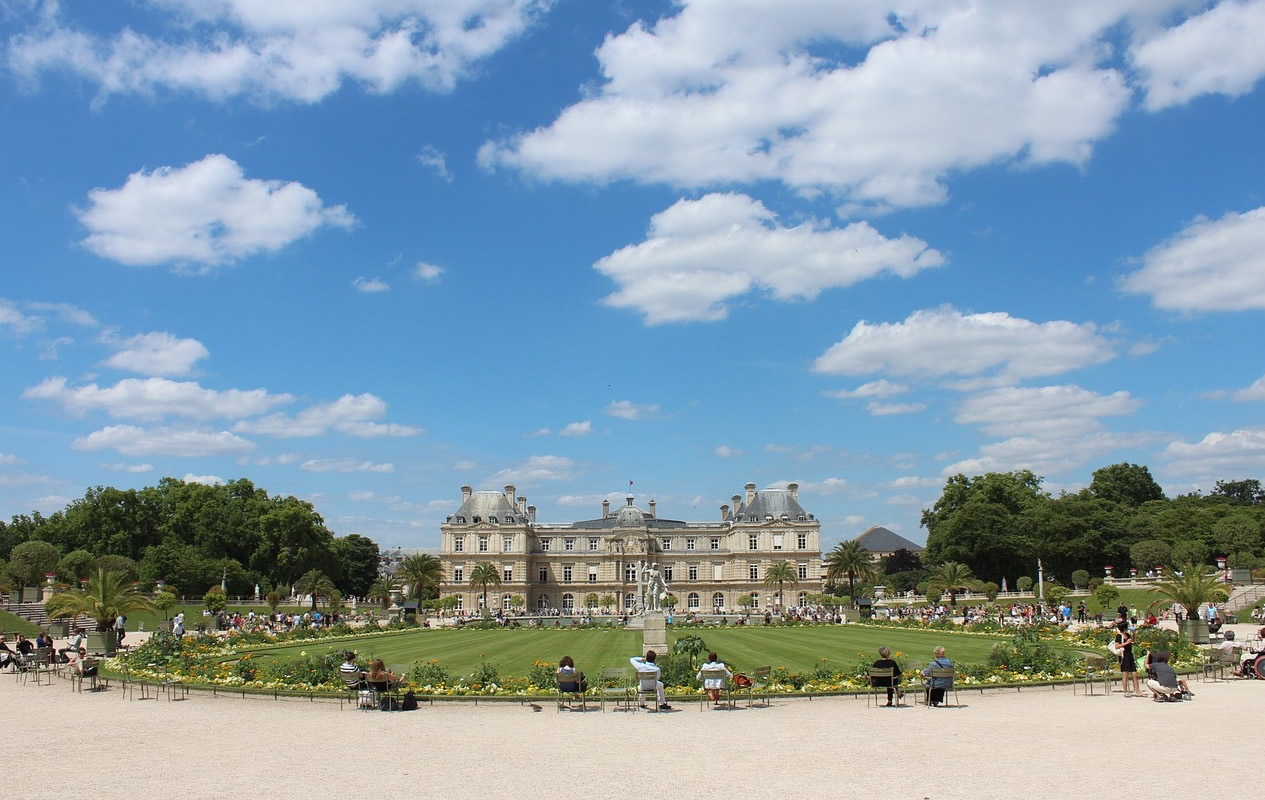 The Latin Quarter of Paris is located on the left bank of the Seine, around the Sorbonne. Known for its student life, lively atmosphere and bistros, the Latin Quarter is the home to many higher education institutions, such as the Ecole Normale Superieure, the Ecole des Mines de Paris or the Ecole Polytechnique. 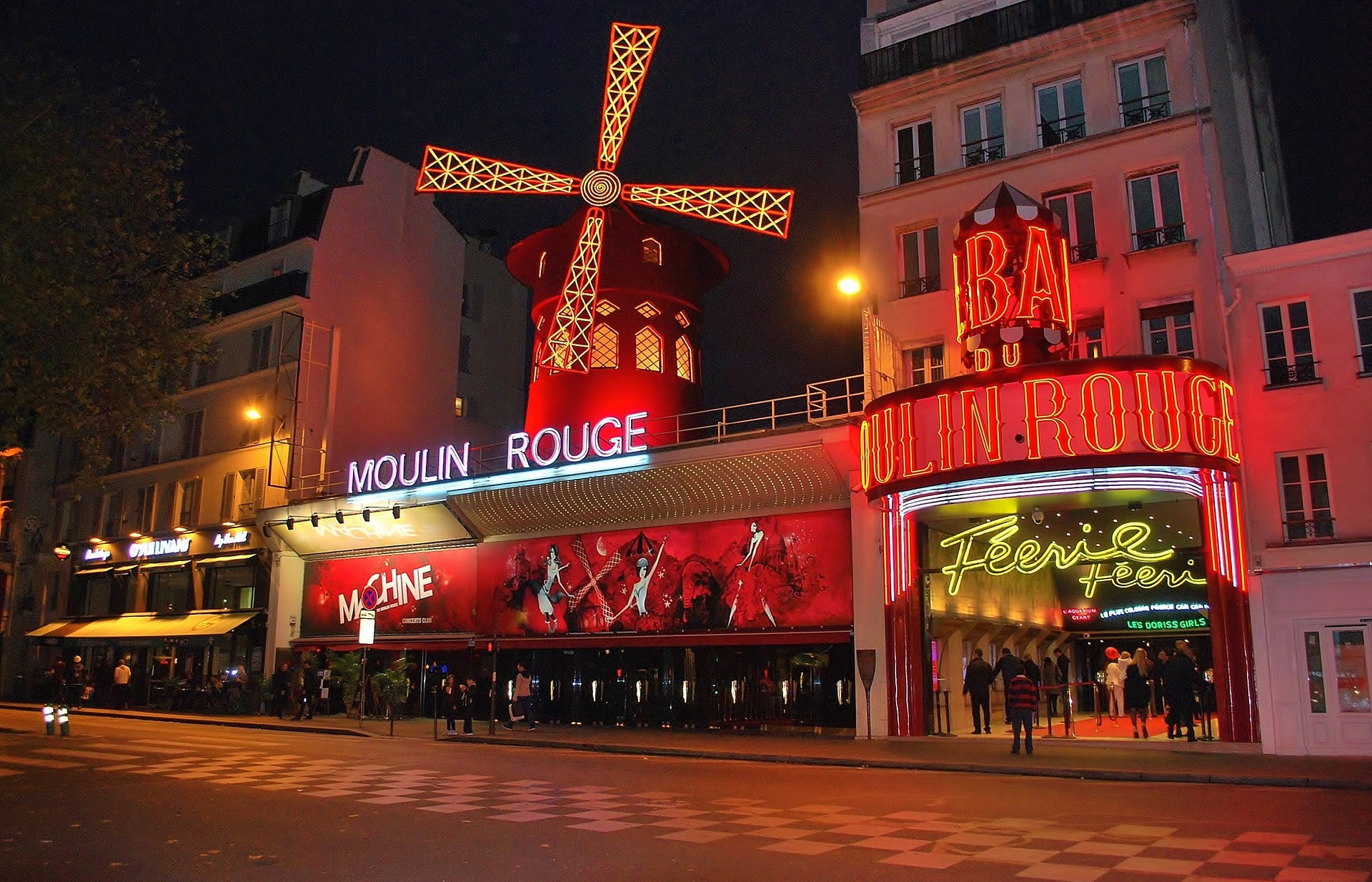 The Moulin Rouge is a cabaret known as the spiritual birthplace of the famous French Cancan. Located at the foot of Montmartre hill in the heart of Pigalle, it was built in 1889 by Joseph Oller and Charles Zidler. Initially introduced as a courtship dance, the cancan made possible the birth of the cabaret, now present in many countries around the world. Today, the Moulin Rouge is a tourist attraction, providing entertainment for visitors from around the world. 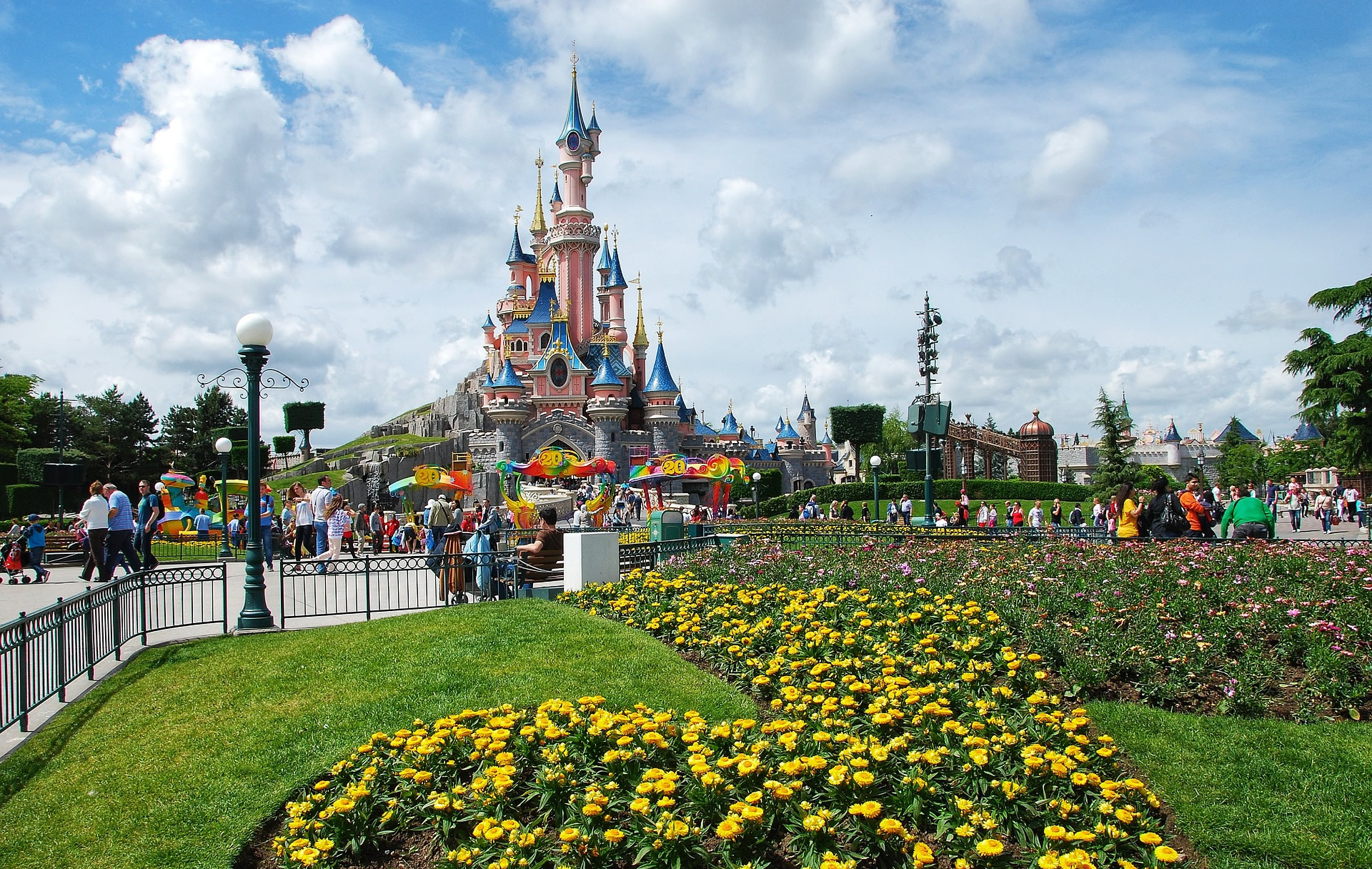 Fans of Mickey can visit Disneyland Paris which is located 32 km from central Paris, with a connection to the suburban RER A.